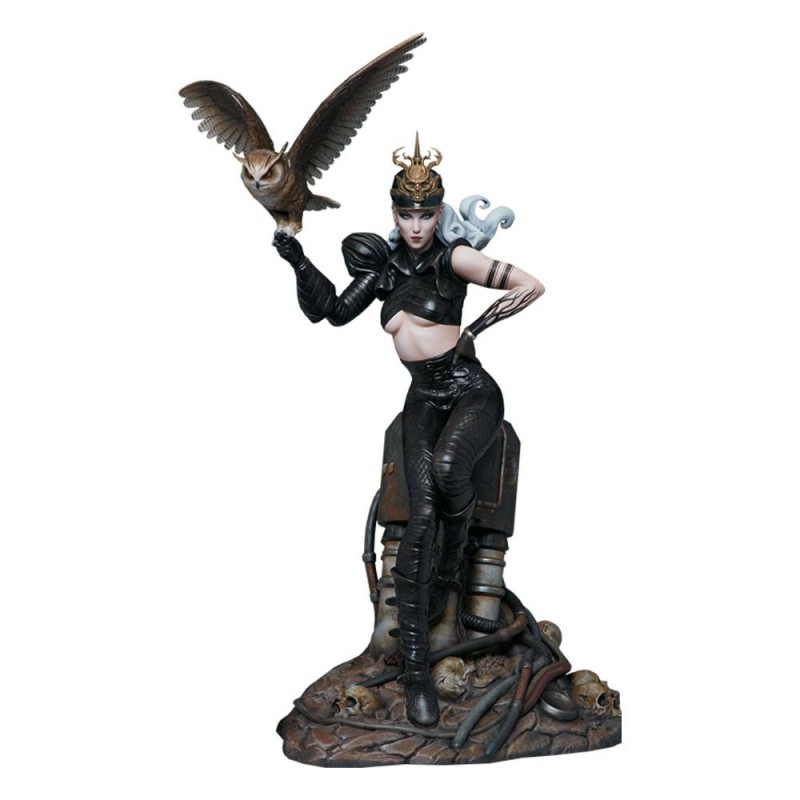 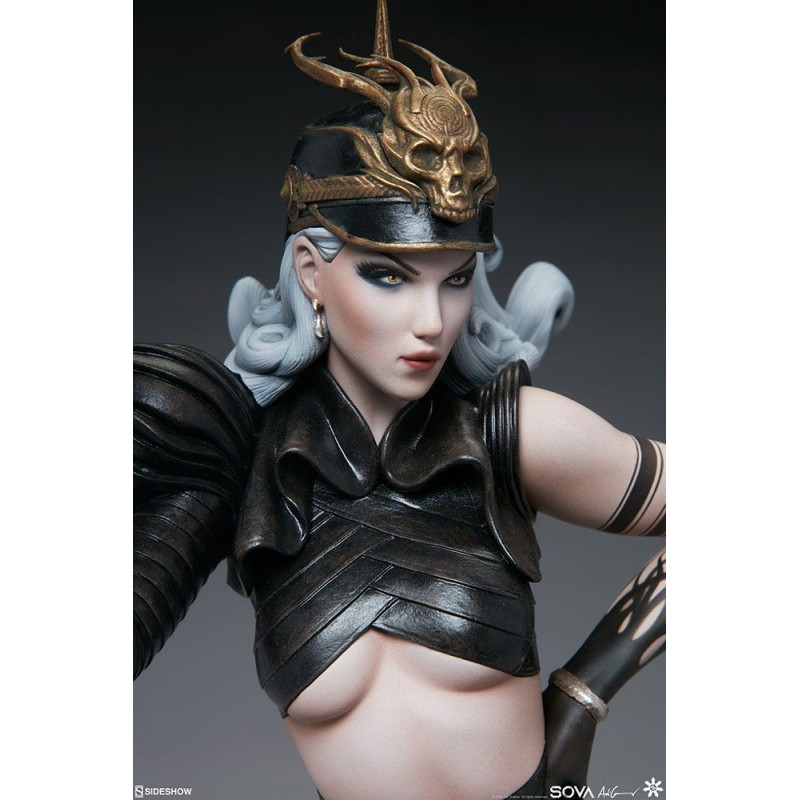 Sideshow Originals Statue Sova 47 cm
This product qualifies for free shipping
This block is set to appear automatically on products above a certain price, which may qualify for free shipping or other perks.
450.00€
Ex Tax: 450.00€
Add to Cart
Add to Wish List Compare this Product

Sideshow presents the Sova Statue, a new Adi Granov artist series collectible based on his stunning original character concept.Renowned for his design work and detailed paintings, Adi Granov is celebrated by fans not only for his iconic comic book creations, but also for his original illustrations, including the fierce and mysterious Sova. Working closely with Granov, Sideshow has translated his unique two-dimensional design into a fully realized three-dimensional collectible.The Sova Statue measures 18.6" tall, standing atop a base of decaying technology and deteriorating earth. Skulls intertwine with wires and cables beneath her boots, while her owl companion, believed to be the manifestation of her soul, spreads its wings to take flight. Sova comes from an alternate history created from the echoes of our wars, informing her resolute attitude and diesel-punk aesthetic as she searches for the key to reshape a broken world.The polystone Sova Statue features a fully sculpted costume faithfully based on Granov's debut illustration of the character. Her biker chic outfit features sculpted boots, pants, and a cropped jacket that all mimic the pattern and appearance of leather apparel. Her helmet features a large gold skull symbol on the visor, resting atop her white windswept hair. Sova bears a detailed tattoo on her left arm and has meticulously applied makeup on her alluring portrait, painted to recreate Granov's distinct illustration style in a collectible format.Bring Adi Granov's striking original character from his canvas to your collection and order the Sova Statue today.Product Size: 47 x 25 x 30 cm 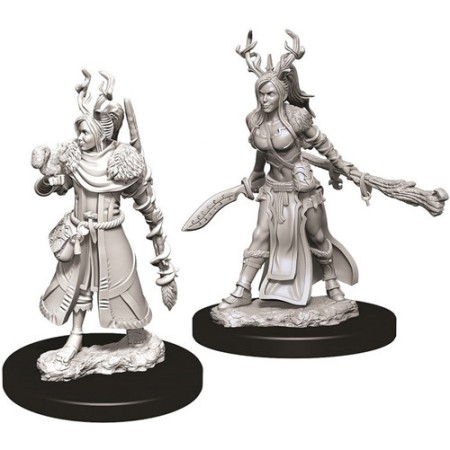 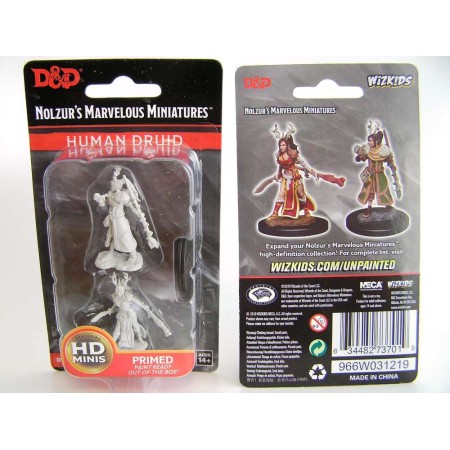 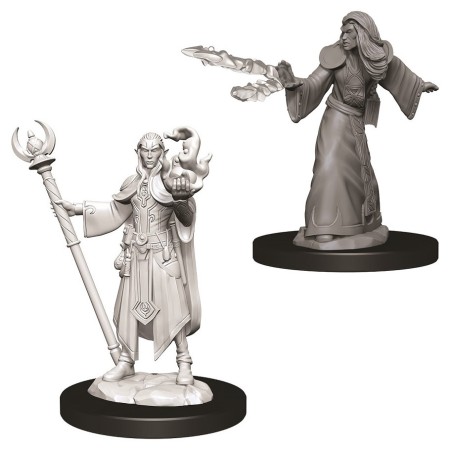 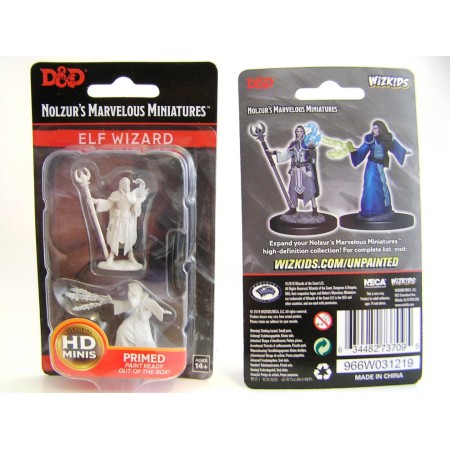 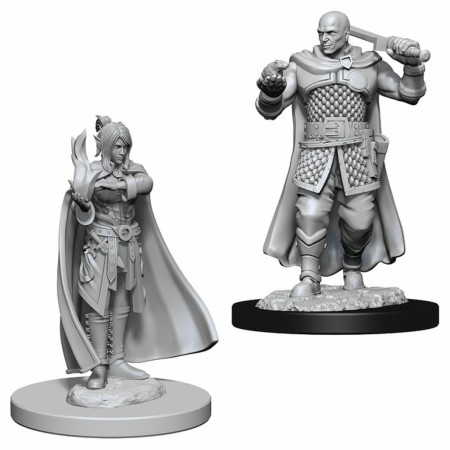 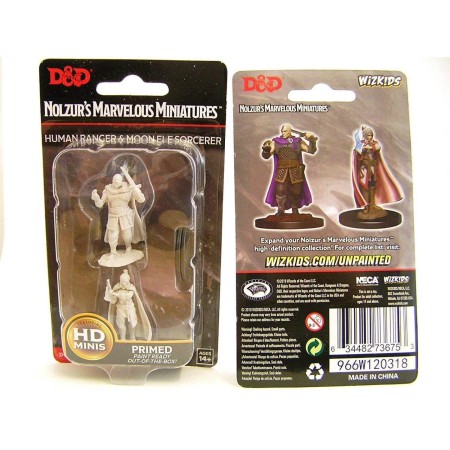 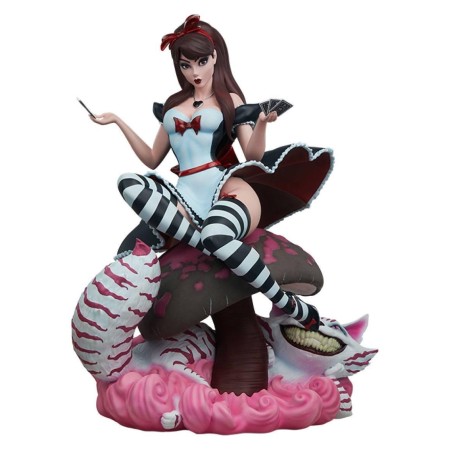 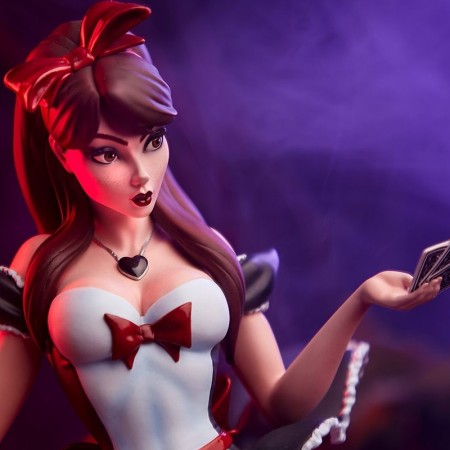 New
Fairytale Fantasies Alice in Wonderland Game of Hearts Edition Statue
Anyone for a game of cards?''Sideshow and fan-favorite artist J. Scott Campbell have ventured further down the rabbit hole to bring you the next curio..
500.00€
Ex Tax:500.00€
Add to Cart
Add to Wish List Compare this Product
Quickview 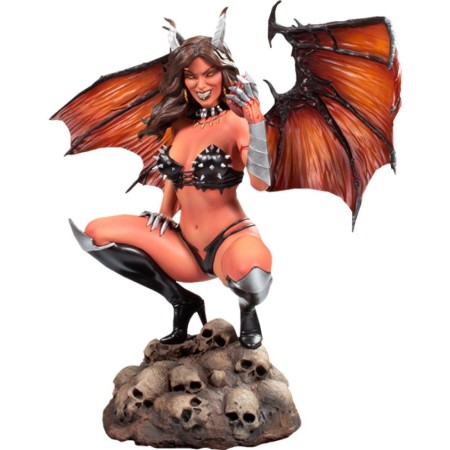 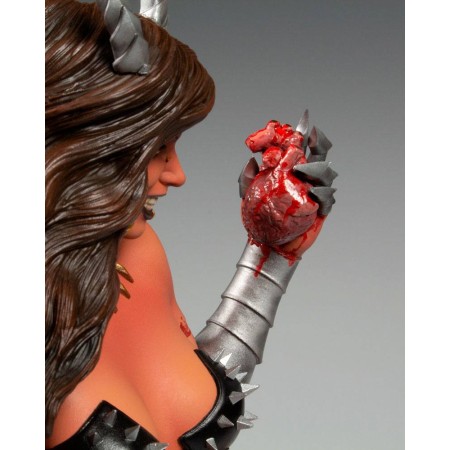 New
Hellwitch Comic Statue 1/5 Hellwitch 37 cm
The infamous sorceress who would become Hellwitch began as a nameless pit slave, the lowest caste in her Hive. Those in her clan were members of the..
520.00€
Ex Tax:520.00€
Add to Cart
Add to Wish List Compare this Product